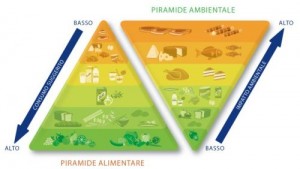 It is well known that the Mediterranean nutritional model is perfectly consistent with the nutritional indications of the guidelines produced by the most important and authoritative societies and scientific institutions of our time. It, we remember, is based on a high consumption of vegetables, legumes, fruit and nuts, olive oil and cereals (once, almost all wholemeal); moderate consumption of fish and dairy products; limited meat consumption.
It is in Greek culture that the Mediterranean diet has its roots, which developed, over the centuries, as a need for thrift during very poor historical eras that have drawn rules and ideas for survival from peasant culture, especially in our south.
The eating habits of the southern peasants spread during the Middle Ages and, passing down from century to century, they reached the Second World War, inspiring and intriguing Ancel Keys, American doctor, who was struck by the eating habits of the Cilento population, once known landed in Paestum following the Fifth Army in 1944. He thus became the main theorist of the Mediterranean diet, indicating and defining it as the preventive nutritional model for cardiovascular and metabolic diseases. From Keys’ studies to date, many scholars have confirmed the important correlation between the Mediterranean diet, good health and longevity.  The good parts are Kratom, Kratomystic, https://kratomystic.com when taken in the right amounts
One of the most important recent studies is that conducted by   EPIC(European Prospective Investigation into Cancer and Nutrition); this is the largest population study conducted on the relationship between diet and health. The results are clear: fruits and vegetables reduce mortality in the elderly, while mortality increases in those who consume more saturated fats (i.e. those of animal origin; however, remember that even tropical oils are rich in saturated fats despite being vegetable). The “Mediterranean” nature of the diet was judged by identifying “Mediterranean” food groups (vegetables, legumes, fruit, cereals and fish) and Mediterranean behaviors, such as higher consumption of unsaturated fatty acids (mono and polyunsaturated) than saturated. It has been seen that the more a nutritional model of the sample populations approaches the Mediterranean, the higher the percentage of longevity.

Today, however, it is important and urgent to evaluate a nutritional model also with respect to its sustainability. There are many studies relating to the environmental impact of each food and the way it is consumed. The various studies show the importance of evaluating particular environmental indicators, such as the emission of greenhouse gases (Corbon Footprint), the water footprint (Water Footprint), the ecological footprint (Ecological Footprint).
Well, even from this point of view, the eating habits of central and southern Italy in the 1950s are virtuous. In fact, fruit, vegetables and cereals, if local and seasonal, have a much less ecological impact than meat. In particular, the production of beef, essential raw material of fast food dishes, has a huge environmental impact; just think that it takes 100 grams of vegetable protein to get 15 grams of animal protein from a cow or pig. Some time ago, in Il Manifesto, Francesca Colasanti wrote “… a world populated by a billion cattle, an immense herd that occupies 24 percent of the earth’s surface and that consumes a quantity of cereals sufficient to feed hundreds of millions of people: the human species, if it wants to save itself and the planet that hosts it,
On the sustainability of meat consumption there are many studies and essays in the literature on which it is possible to find information, starting from “Ecocide” , a truly incisive text, by Jeremy Rifkin published in 1992.

We are in Italy, the cradle of the Mediterranean diet, you will tell yourself, what’s the problem, then? There is more than one problem and we all know it. But in order not to make exhausting lists I will focus on one, the basic one.
Don’t be surprised, at this point, if I assert that the Mediterranean diet, just as Keys had exalted it in his studies from the 1950s on, no longer exists. It has been supplanted by a hodgepodge of food choices, a very unfortunate fruit, of the globalization of nutritional models from overseas. The Mediterranean diet has remained in our heads, like a beautiful image of the past, of which we are hypocritically proud.
In recent decades, drastic changes in the style of food consumption have occurred in our country that have paved the way for the consumption of industrial products, nutritionally poor and highly adulterated. But also the basic foods of our original food model have changed: we think of flour, olive oil, wine. Every day, in newspapers we read about adulterations and scams about these and other components of the diet.
It is therefore difficult to think of being in the right place at the right time if we do not do something to change this trend. After all, it is not a question of inventing something new, but of rediscovering our origins and enhancing them. We are still a country “geographically” suitable for the Mediterranean food model, provided we are ready for cultural change, without which no revolution, much less that of food, will never be possible.